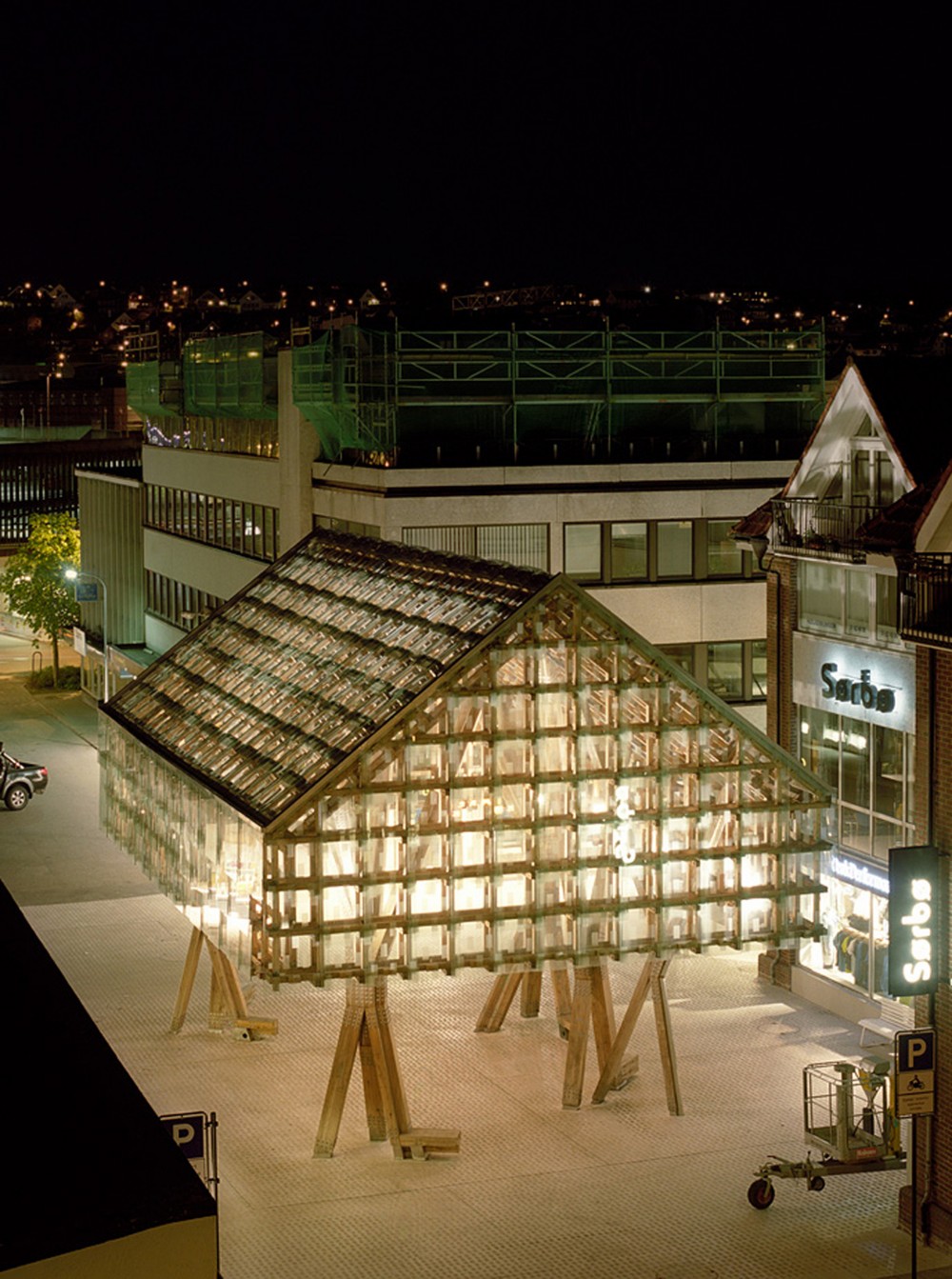 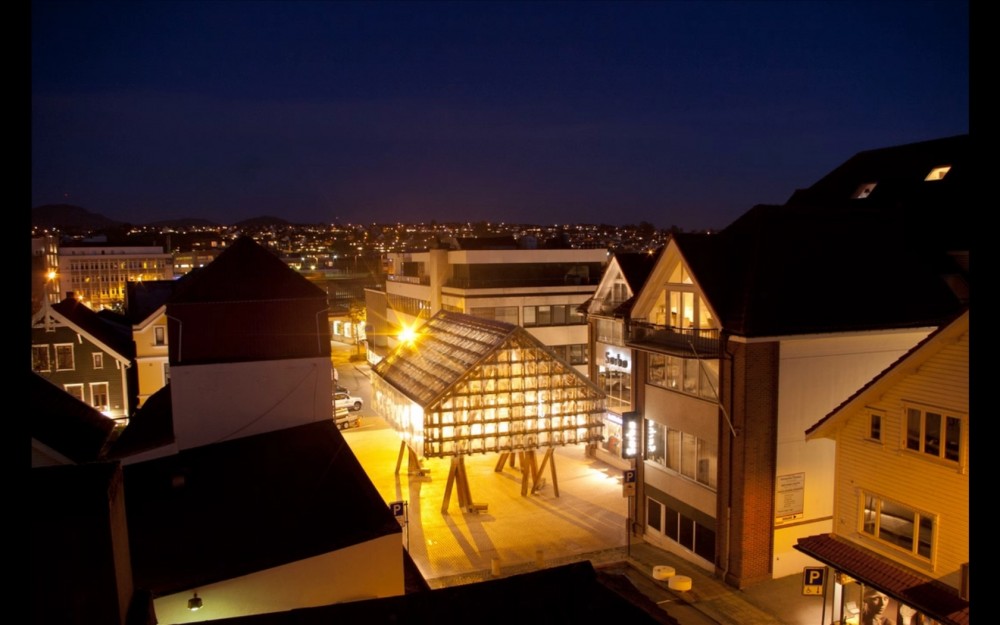 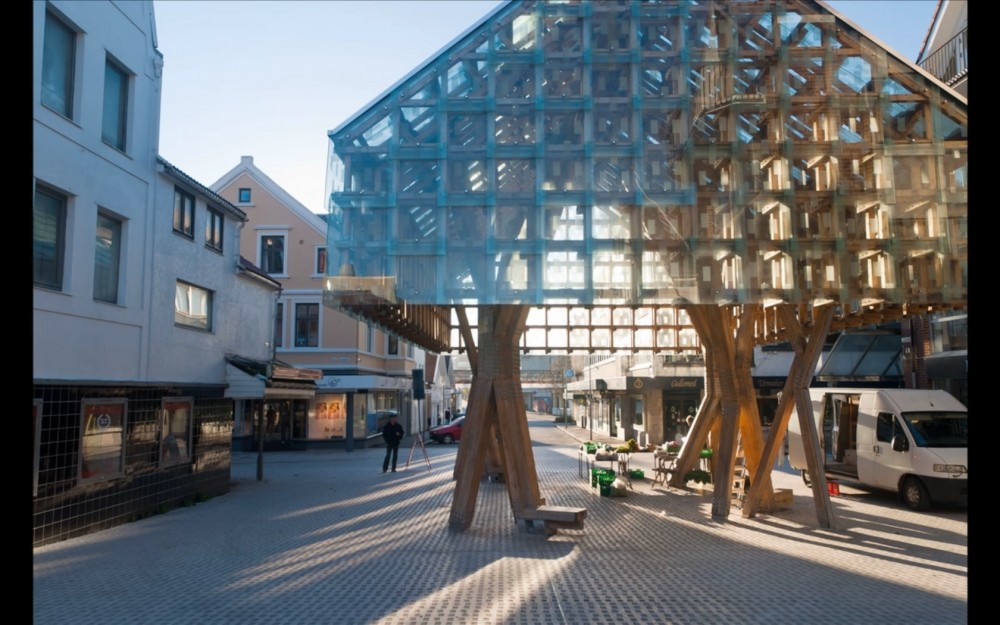 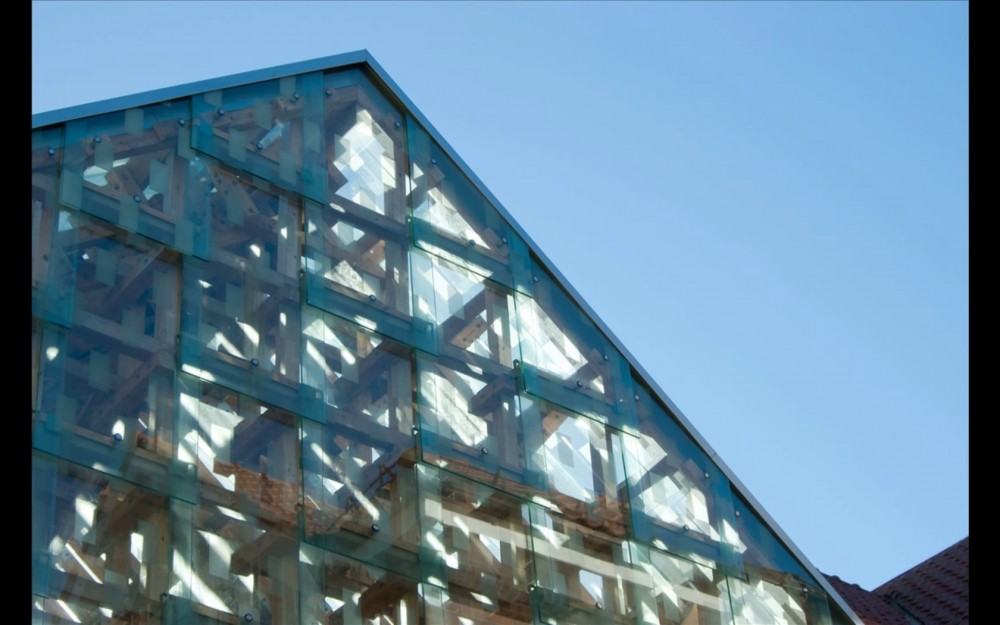 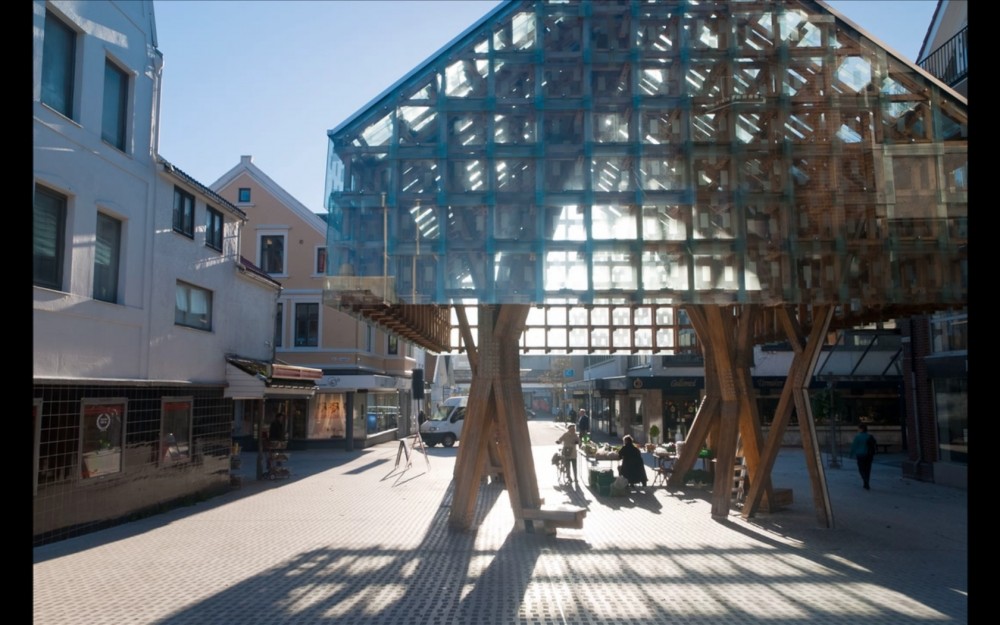 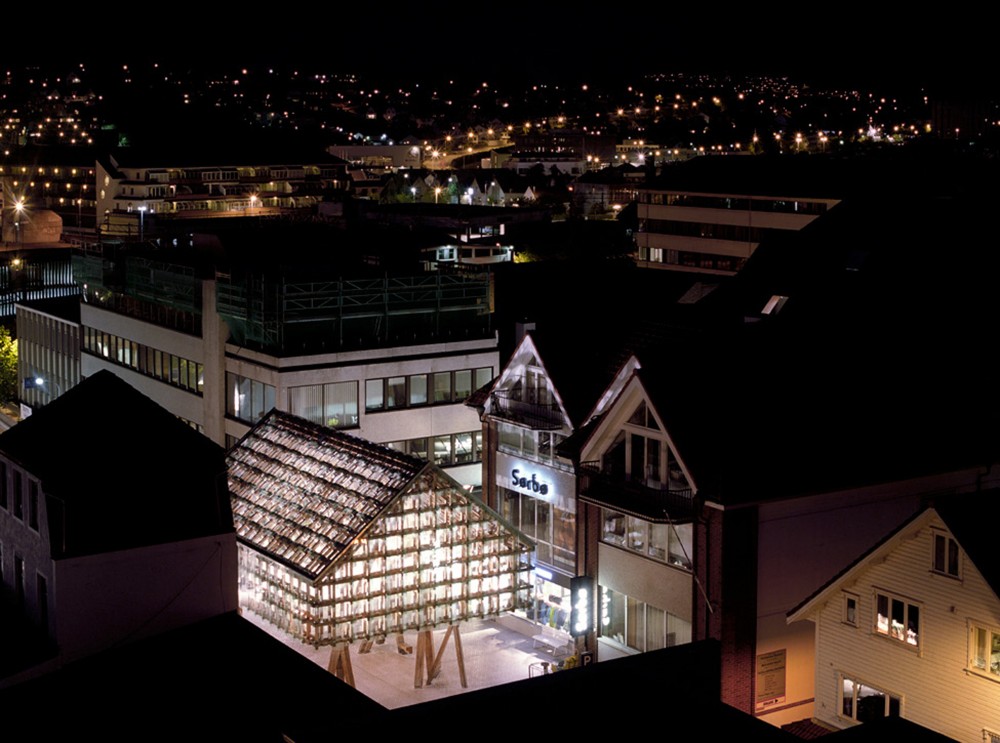 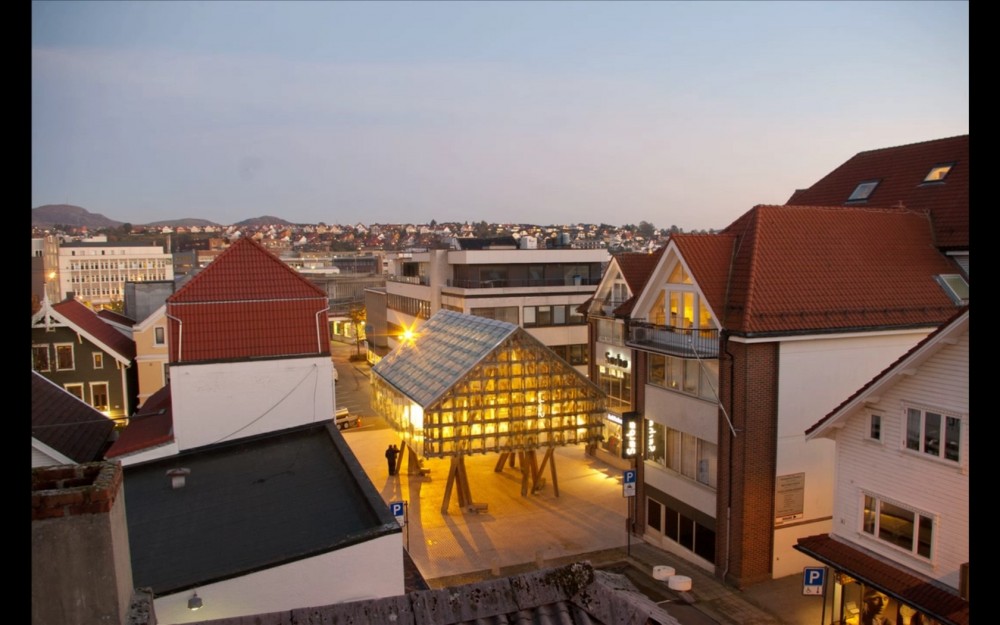 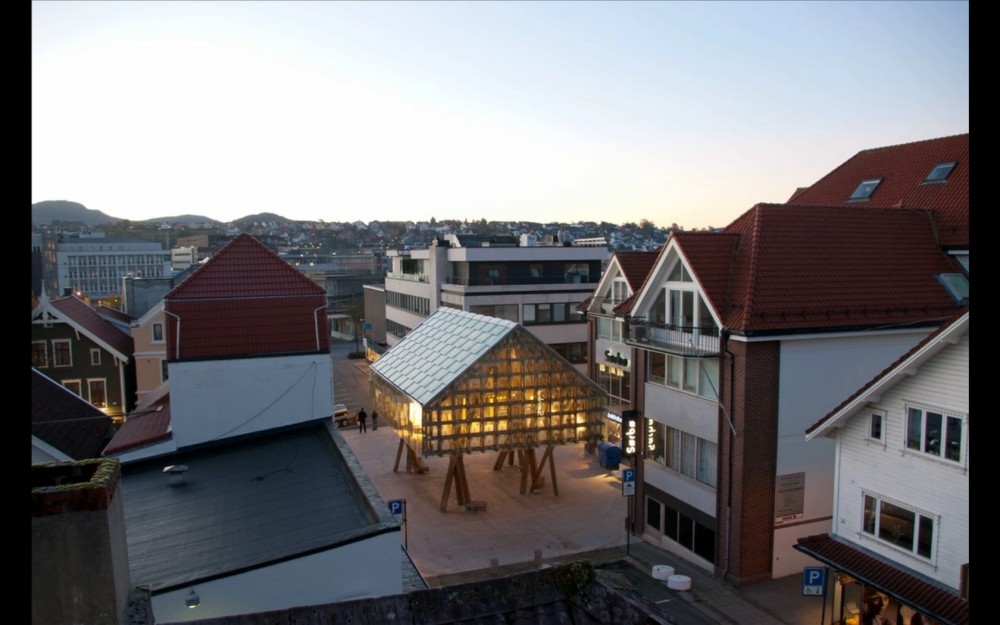 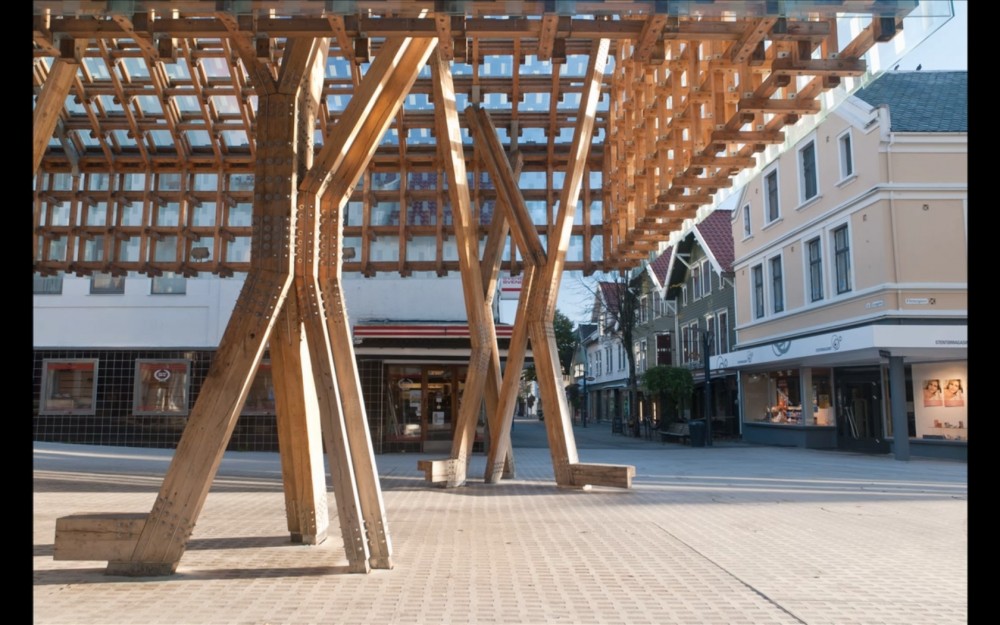 1st prize international competition for an urban shelter and the regeneration of Sandnes centre, Norway on the occasion of Stavanger European Capital of Culture 2008. A manifesto for public space design and an urban strategy, dealing with the norwegian wood ancient architecture motives to design an urban lantern. A wood and glass giant canopy, the “Lantern” displays an open roof of such a dimension that it becomes the symbol of this city. It also protects a new market square for which we designed pavements and facilities allowing different functions: weekly market, concerts, events, loitering and exchanging. Lit at night, the Lantern has become the Citys new icon and landmark providing an inspirational atmosphere to sustain existing practices and encourage new ones. This project has been widely published and exhibited internationally and was nominated for the prestigious Mies Van der Rohe Award for European Architecture.