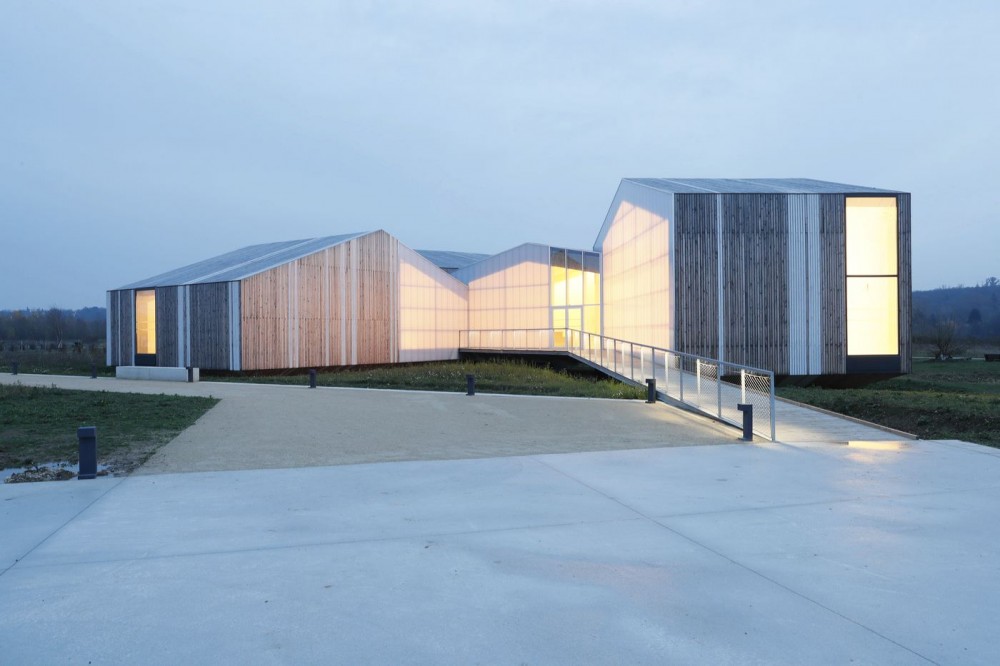 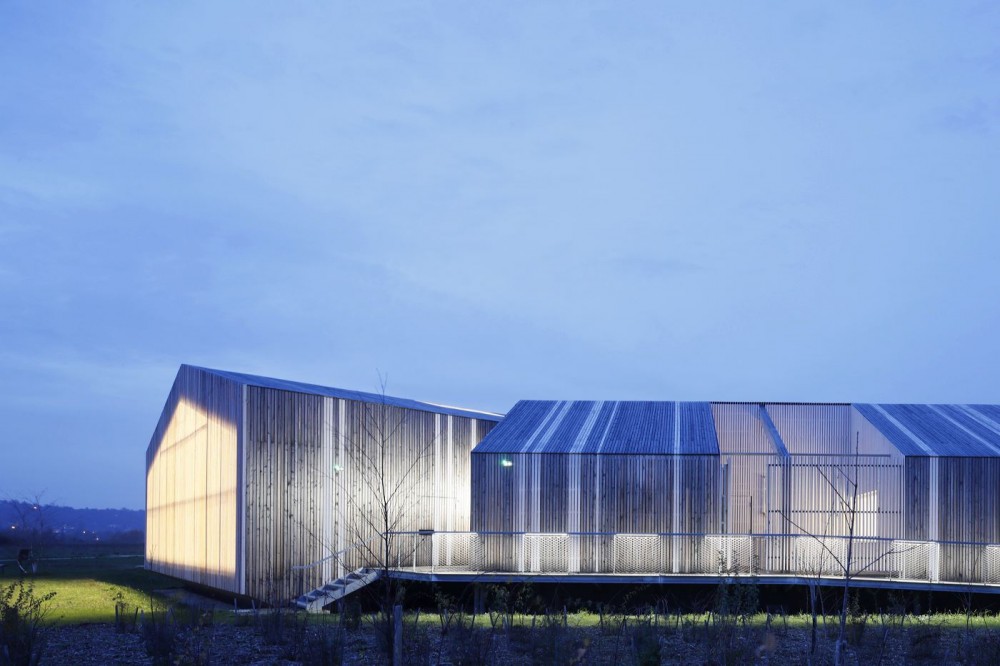 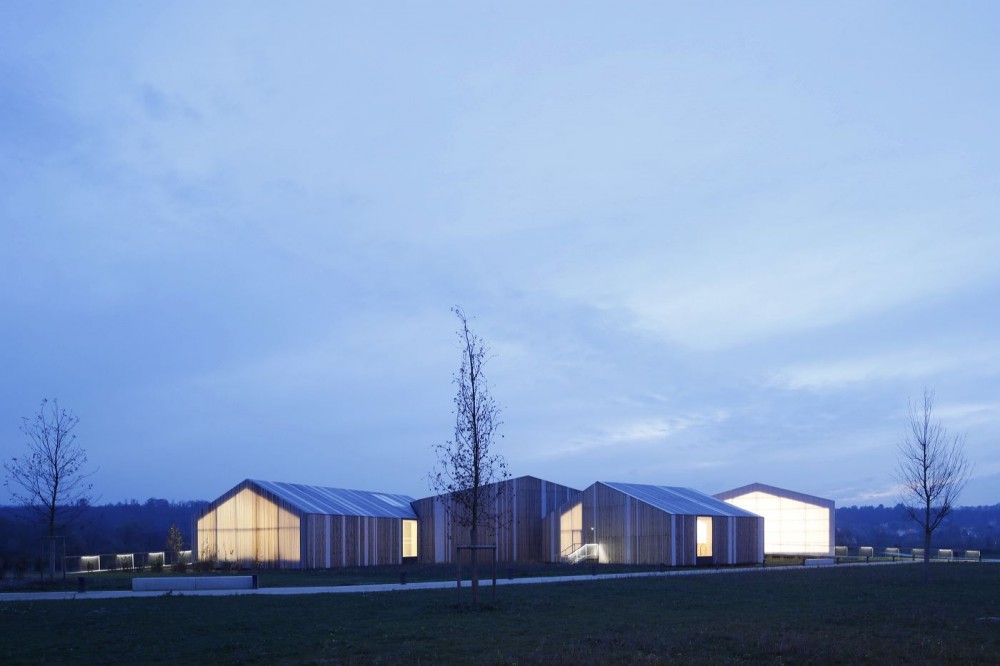 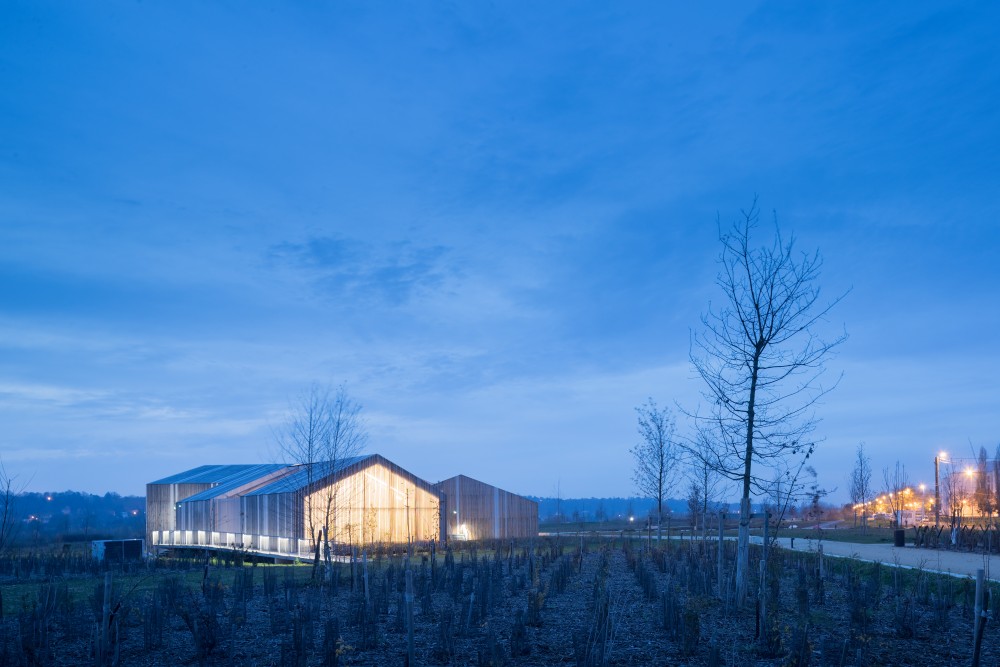 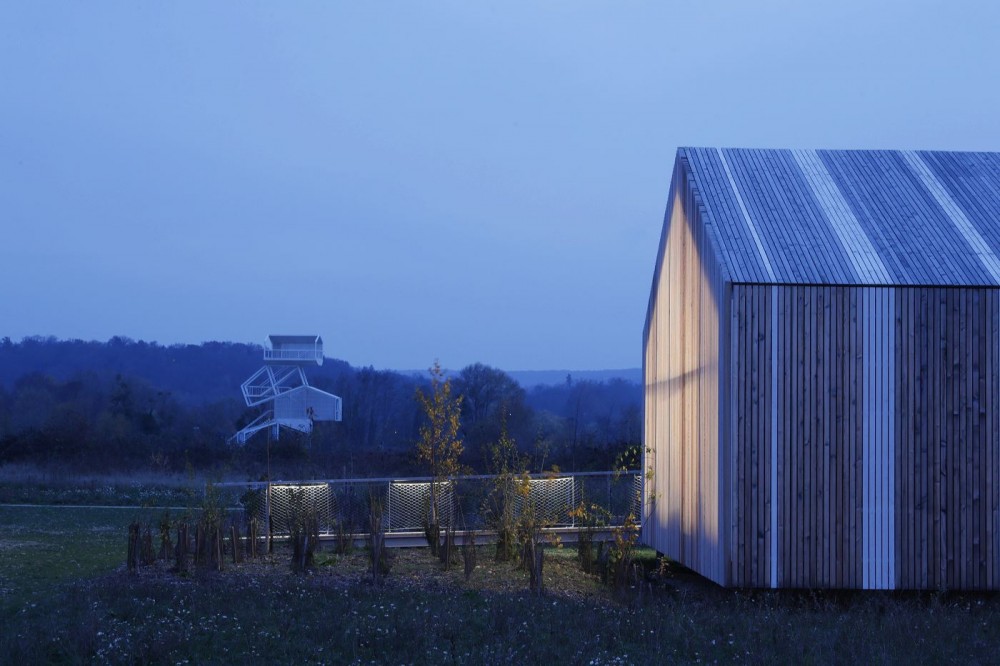 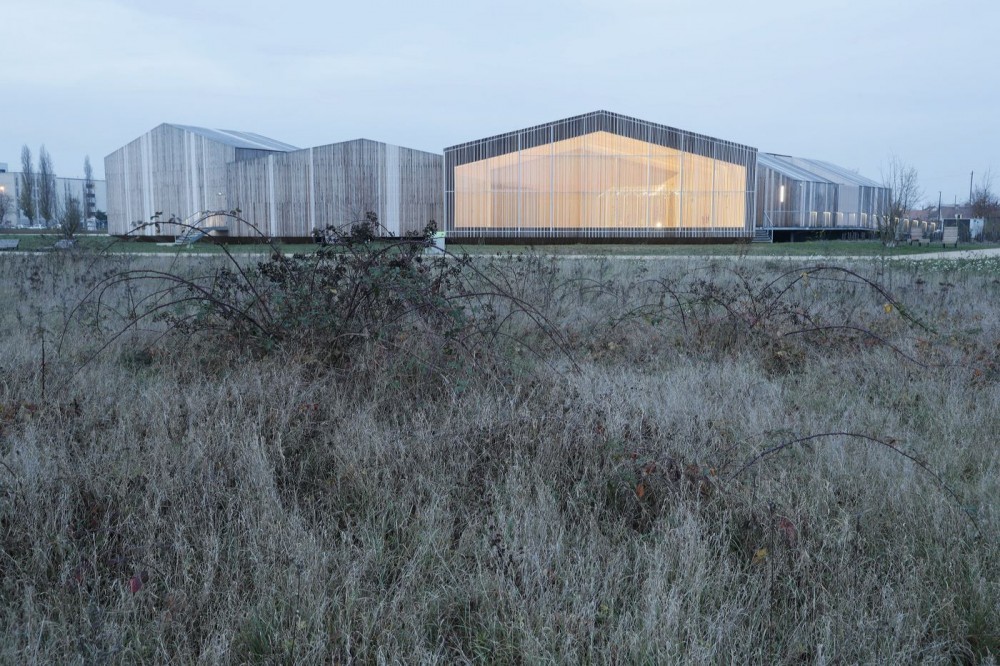 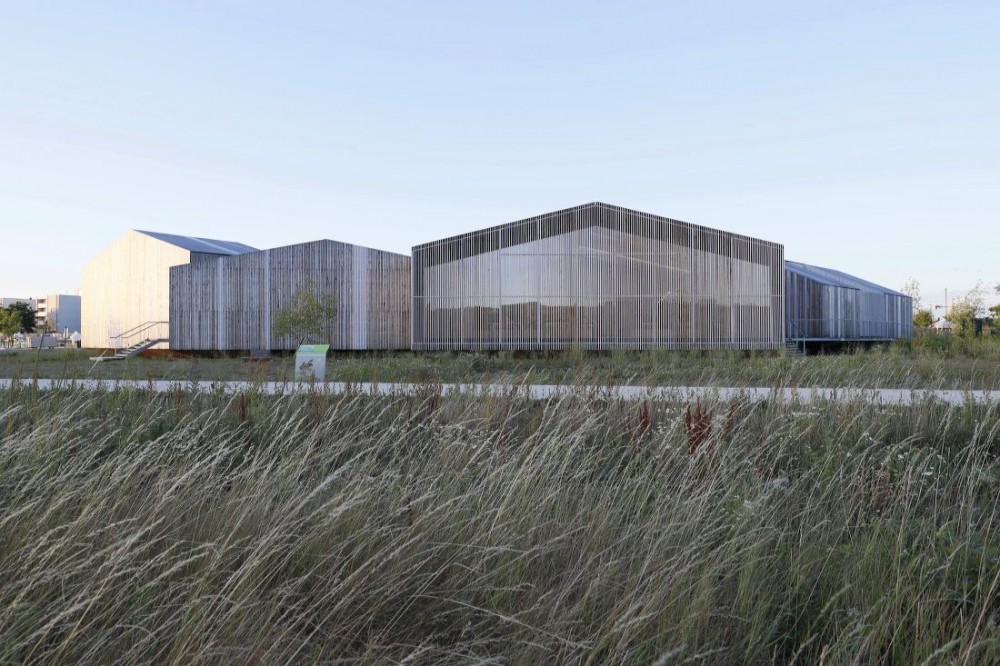 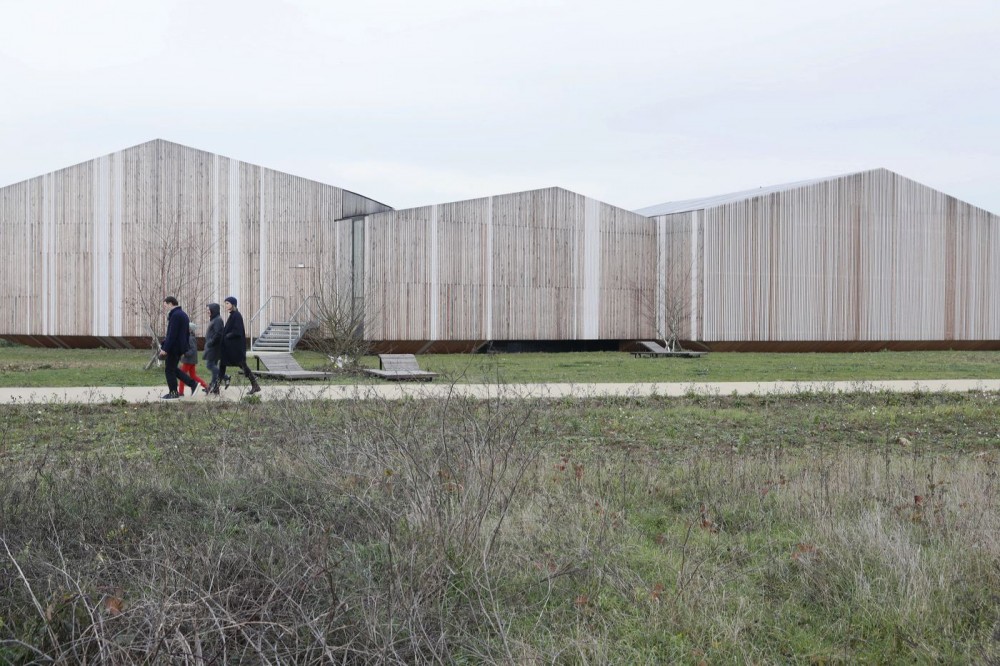 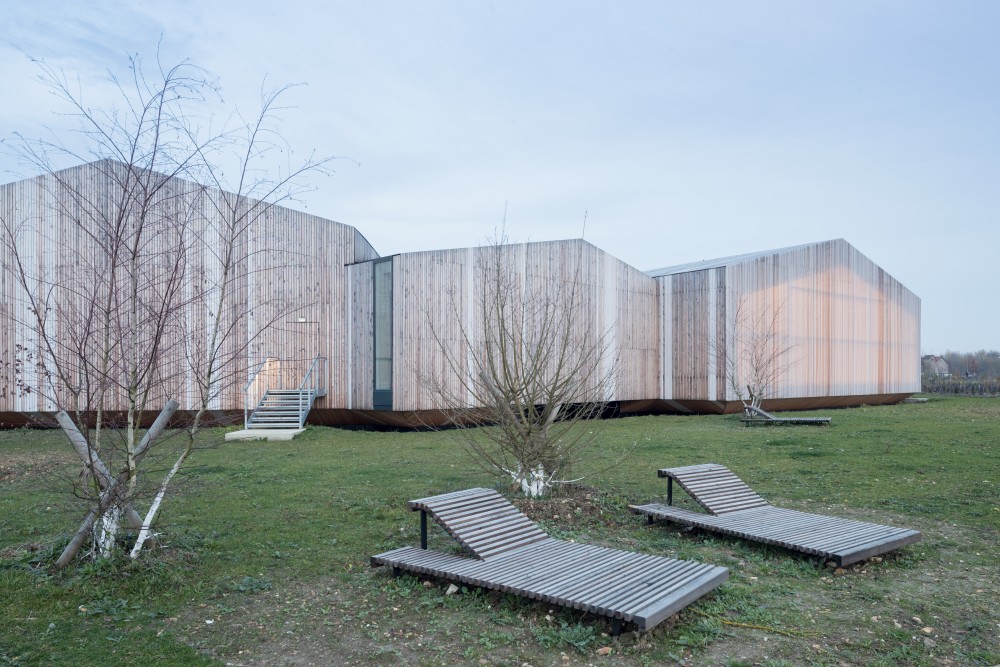 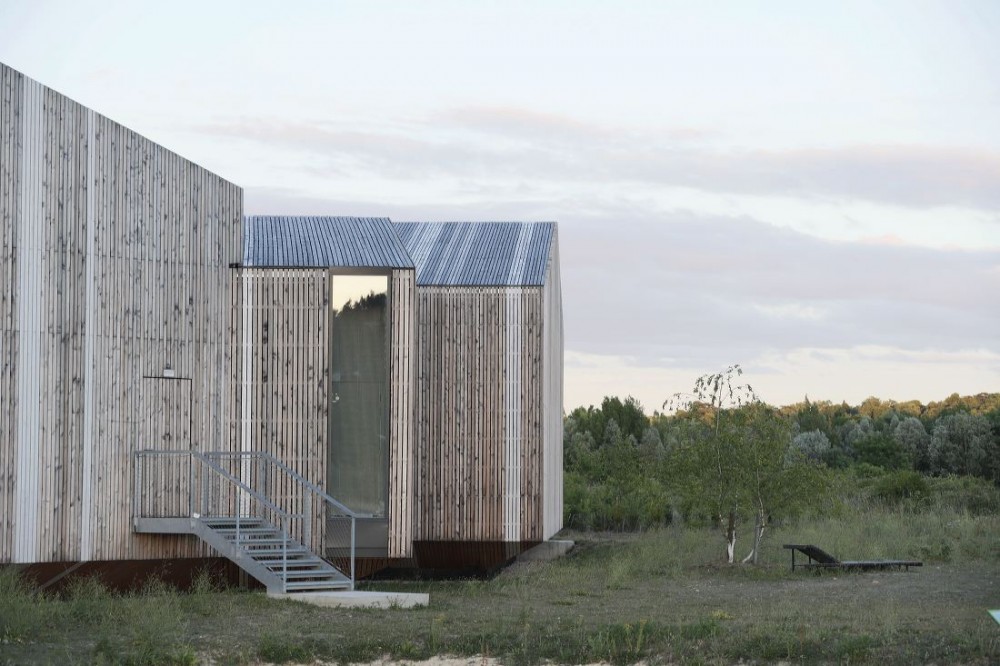 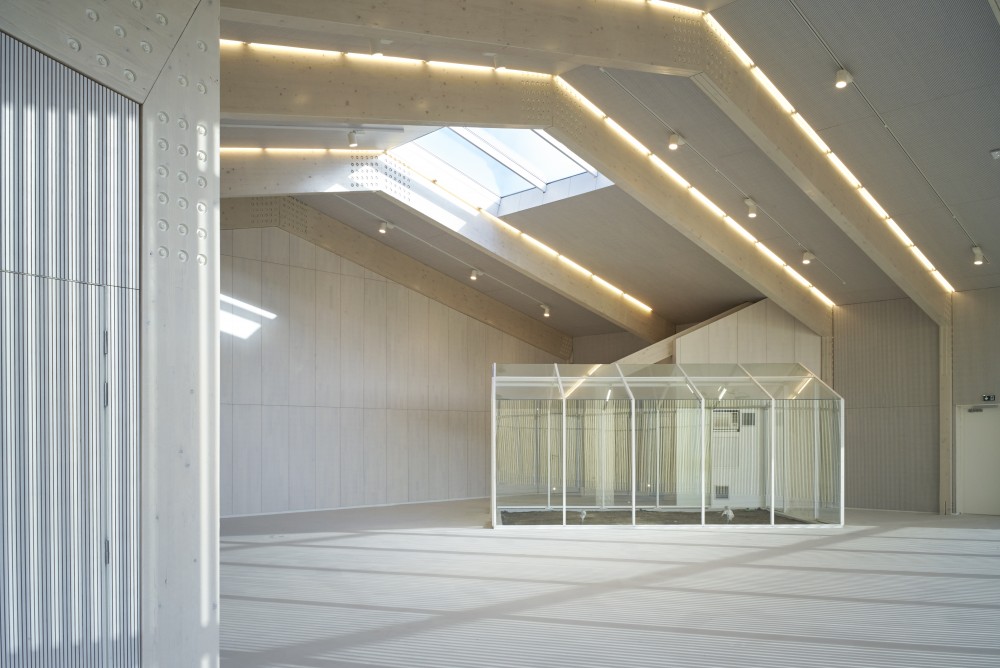 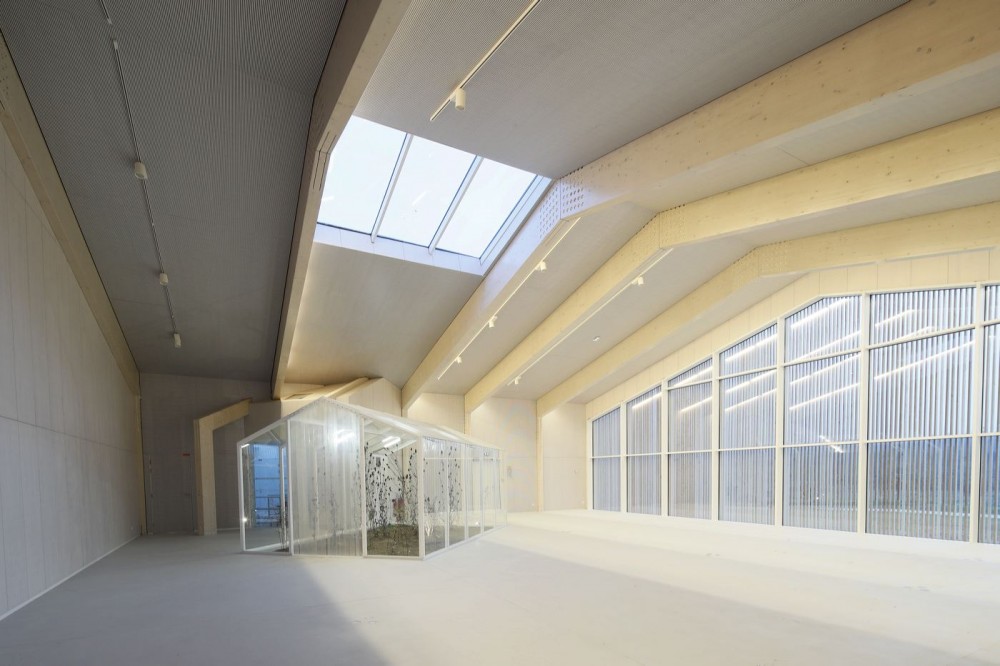 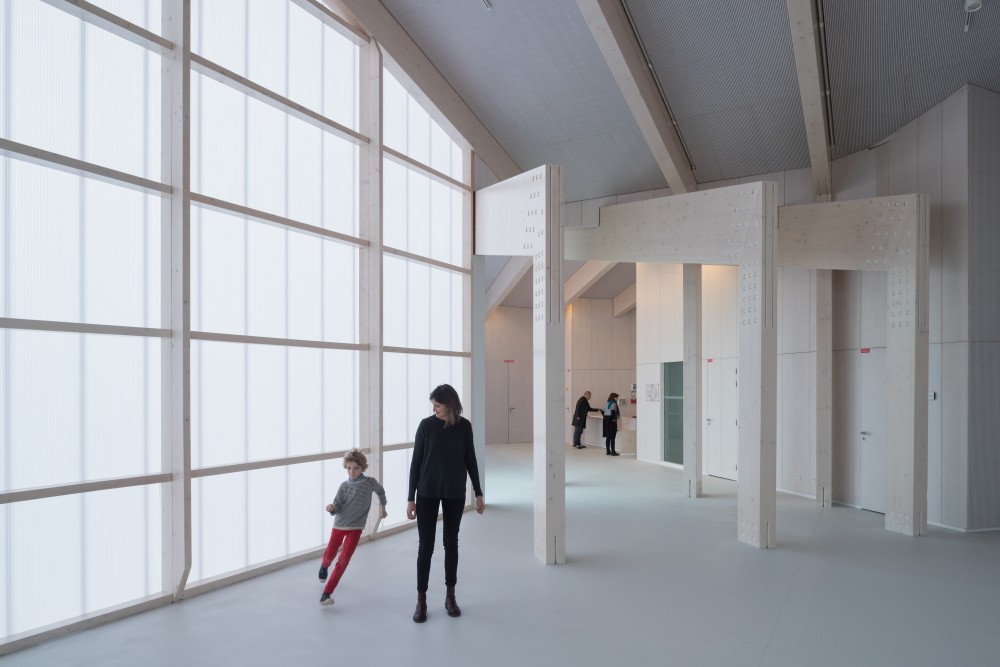 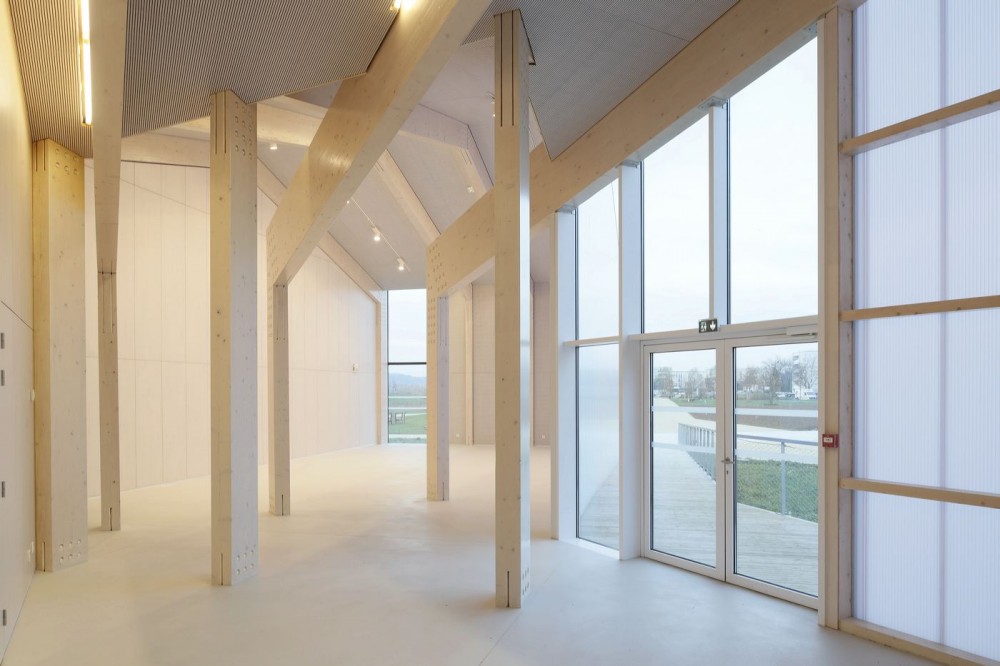 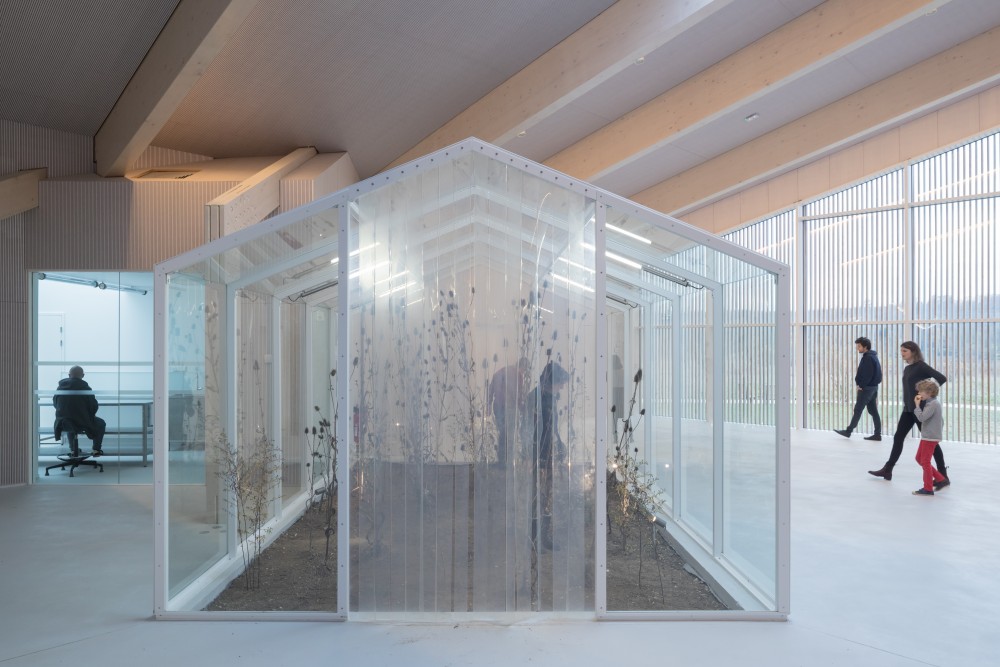 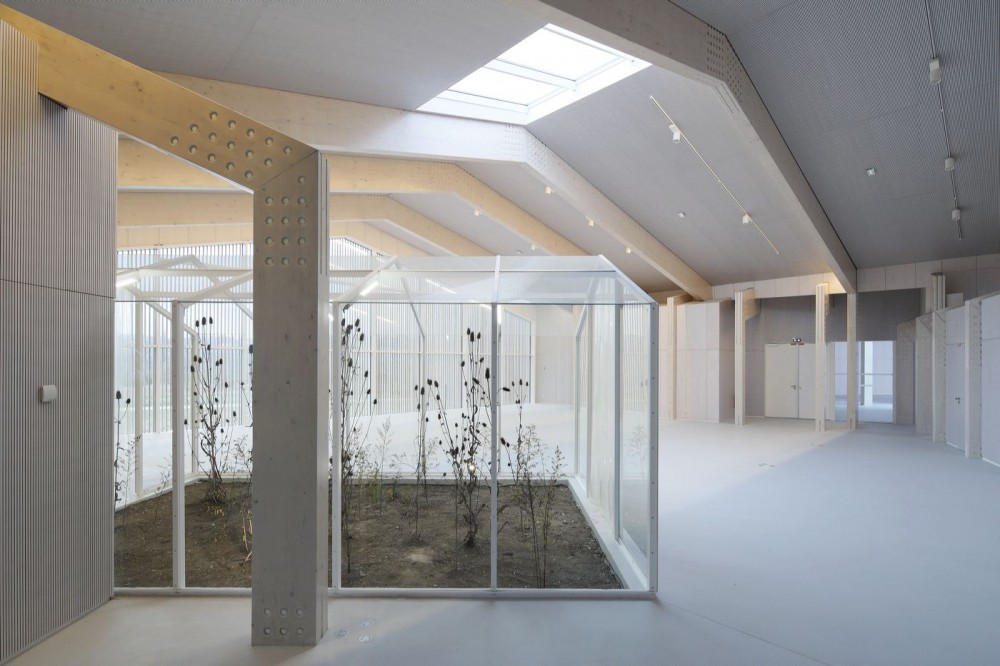 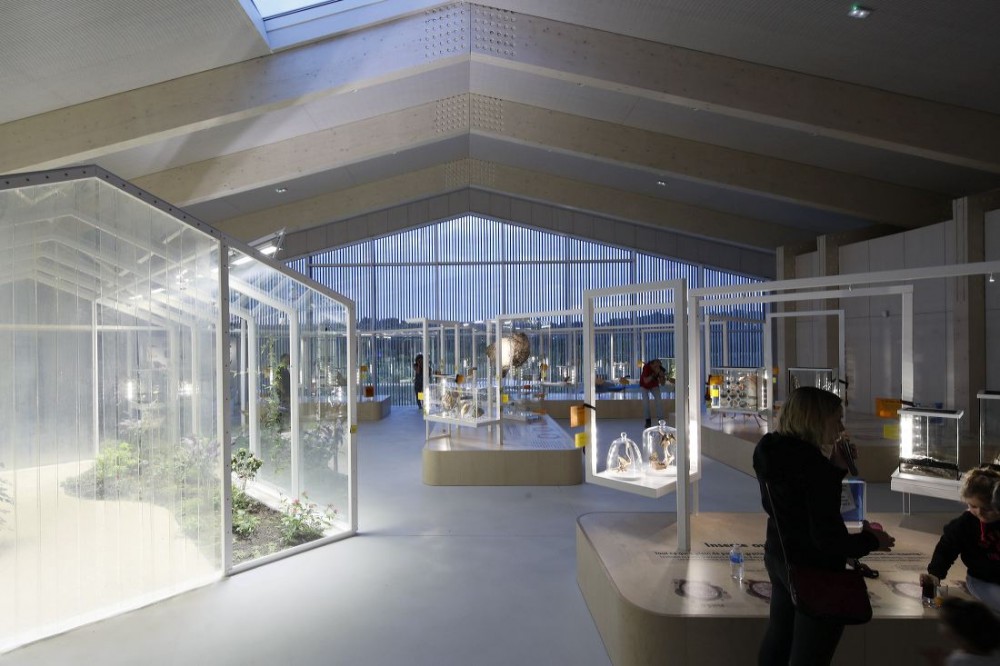 The series of a pavilions and small buildings with different public functions and programs are part of a future 113 hectare large public green space along the Seine river, in Carrières-Sous-Poissy and close the renown Villa Savoye by Le Corbusier. The project has been developed in collaboration with Swiss practice HHF. This project has been nominated for the ArchMarathon Awards, the Mies Van der Rohe European Awards for Architecture and the Equerre d'Argent. It has been awarded the French Cultural Building of the Year award in 2018.

The initial competition brief included the construction of a visitor’s center, of a restaurant (“guinguette”), of an observatory plus about a dozen smaller infrastructure “follies” with different uses.

Similar to the popular wooden preschool toys in form of building blocks made of out of colourful wood, this collection of pavilions and small infrastructure «follies» is based on a modular wood system, repeating and combining different sized and different angled timber frames. This approach allows for interesting and unusual constructions, enabling a wide range of possible variations with a very limited number of elements, while at the same type staying very flexible for future adaptions and during the construction phase. This will result in unique atmospheres and spaces for each of the pavilions and infrastructure follies. In addition to that it’s a relatively low priced construction method which enables the integration of local building know how and local companies.

The site of the project is an exceptional one, for its location along the Seine river and for its “in-between”, dual nature (land/water, city/sprawl, wilderness/domesticated nature). The presence of barges, fishing huts and houseboats, which have been so far inhabiting the site has been a powerful source of inspiration. On the other side, the site boundary is characterized by suburban nondescript housing pavilions. The design springs from a process of hybridisation between these two existing habitat models: the floating barge and the archetypical, suburban house resulting in a new typology emerging in the park and dealing with the site’s memory and identity both spatially and socially, whilst providing a contemporary and forward-looking response. By working along residential neighbourhoods and along the river, we are invited by this project to come inhabit a large urban room worthy of Paris’ tradition of great terraced boulevards. This very active strip of land is made up of continuous docks, a large mooring space for barges, pontoons, lookouts, observatories, cantilevered terraces.

These small, furtive constructions must stimulate the flow of people over the entire length of the park, and towards the water and city, as well as provide facilities for viewing the landscape: framing/un-framing. They will bring an inspirational atmosphere, to encourage new experiences. We want to suggest windows for sharing this new kind of landscape, and bring the surrounding city to life by intensifying certain elements of the landscape plan: inscribe it within an urban strategy. The idea is to create conditions for viewing the space, to allow crossovers that are adapted to the buildings’ uses, users, to the evolution of their surroundings. (source : project DP)