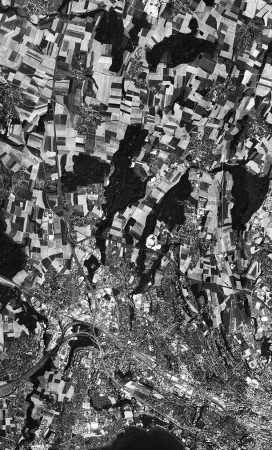 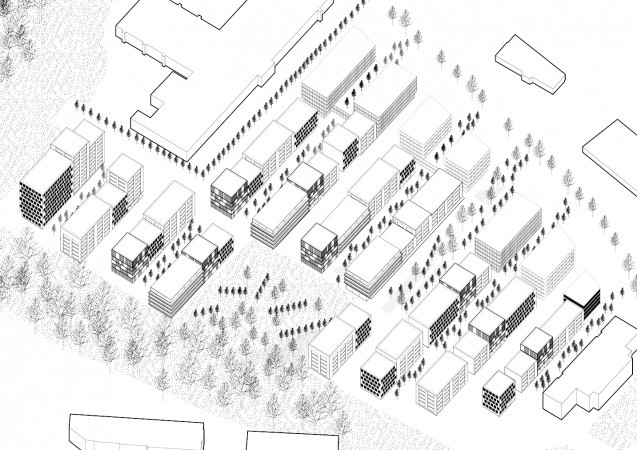 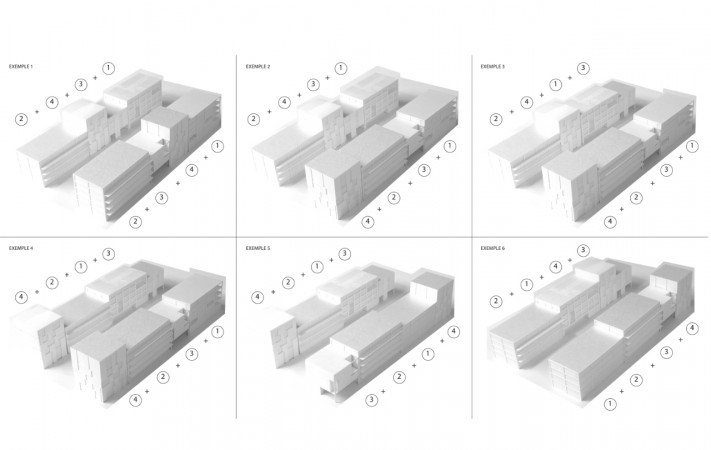 AWP (Marc Armengaud, Matthias Armengaud, Alessandra Cianchetta) has won a competition to create a contemporary city near Lausanne, which boasts stunning views over the lake to the mountains beyond. The 68.000 m2 site will include: 390 housing units – a mix of housing and apartment blocks to offer as much flexibility as possible ; public amenities, including green space and a network of public areas ; shopping, a hotel and health and education facilities. Environmental considerations are paramount and enhanced by the stunning location. The project is an exemplar of public and private stakeholders working in unison to create a superb 21st century living space.
L’Orée de Crissier’s diversity and identity make it an exemplary neighbourhood. Successful development now relies primarily on the redevelopment of its disused and former industrial areas. Among these areas, the future district of l’Orée de Crissier is well-placed through proximity both to a communication axis and public transport and thanks to its natural setting. The site is located overlooking the road that connects Prilly to the Crissier motorway junction, a vantage point that offers splendid views of the Alps and the Jura and can accommodate 390 affordable and diverse medium-term houses, as well as 27.000m2 of recreational space.
Background In 1958 the «Zürcher Ziegeleien» (now Conzzeta AG) built the most modern brickyard in Europe on this site. Later production was supplemented by concrete products. Following this shift, the brickyard was sold in 1996/97 and concrete manufacturing moved to another site. Since production ceased, the land has been unused. The municipality considered redeveloping the site in the late 1990s, but work didn’t start until the first master plan was created in 2007 for (PDL) Crissier «Ley Outre». Planning was approved by the State Council in April 2011 after several sector studies by specialized firms. Sole owner of the site, Plazza Immobilien AG (Conzzeta Group) had informed the municipality of its intention to develop the PDL Sector 3 before giving authorisation for this project.
Area of high quality The Canton, the municipality and the owner signed a framework agreement that reflects high ambitions for mixed housing, including public facilities, urban spaces and architecture, security and sustainable development. Plaza Immobilien SA agreed to organize a planning competition in the form of parallel mandate studies (mandats d’étude parallèles-MEP). Three architects and urban planners – AWP Office for territorial reconfiguration, Christ & Gantenbein and Fruehauf, Henry & Viladoms – presented design concepts of high quality. The winning project is by the Parisian agency AWP (Marc Armengaud, Matthias Armengaud, Alessandra Cianchetta) whose concept was selected unanimously by the jury. The layout is based on an urban grid system (a 14 meters width for the buildings and a distance of 16 meters between them), with a range of building typologies that give flexibility to the site. The prescribed area is ideal for pedestrians, offering access to a large network of public spaces and green areas. The district will have a central meeting area and a terrace facing the Alps and Jura. Environmental considerations have been paramount.
The project comprises 60% housing and 40% amenities, along with a public program that includes a public park, school and nursery / creche. The 68.000m2 plot will ultimately accommodate approximately 390 homes (with an average of 2.6 people per residence). The projected density, consistent with the proposed agglomeration of Lausanne-Morges (PALM) is about 200 people and jobs per hectare. The facilities must be compatible with the housing : administration, artisan workshops, hotel, EMS, health and sports facilities, as well as local shops and social opportunities – grocery, laundry, cafe, etc.
Public-private partnership The municipality draws attention to the excellent spirit of partnership that animates all those involved in this innovative and inspiring project. Cantonal, regional and municipal authorities are working hand in hand here with the site owner, following established guidelines. Public and private interests are being given equal weight throughout, including an agreement on cofinancing the public infrastructure.