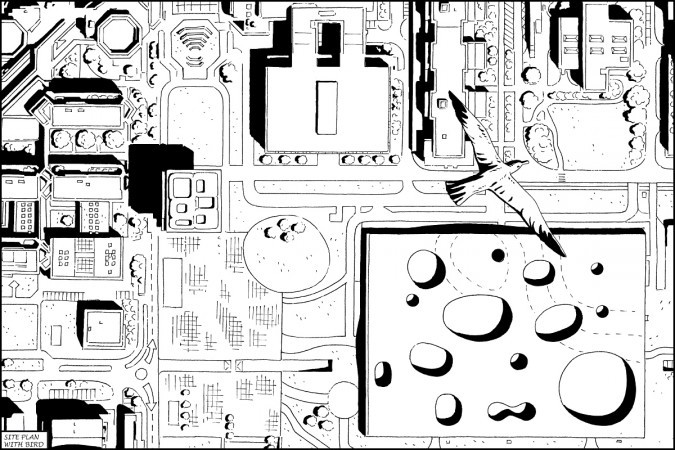 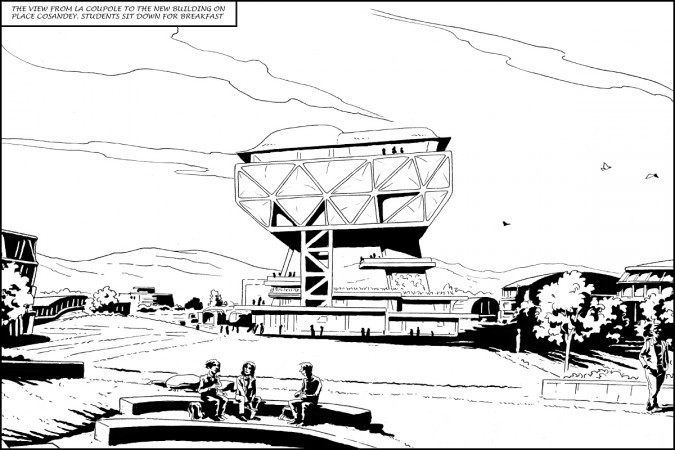 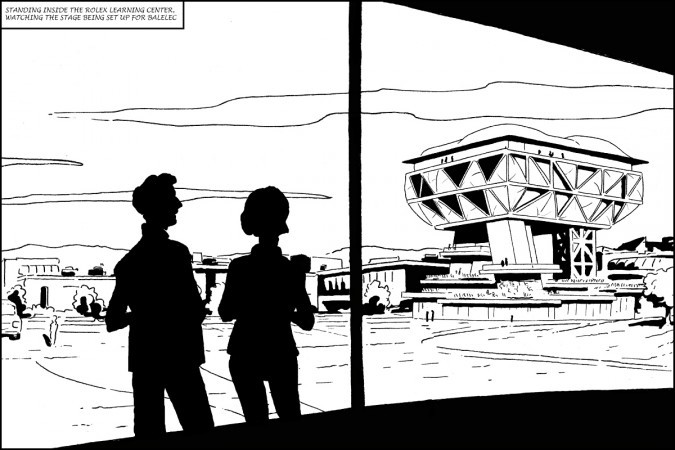 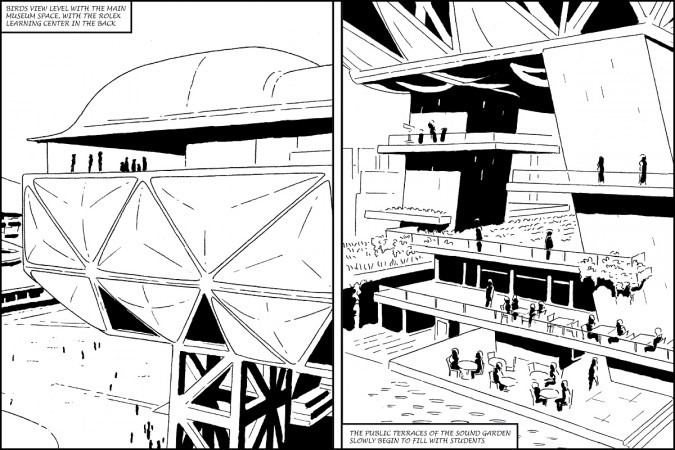 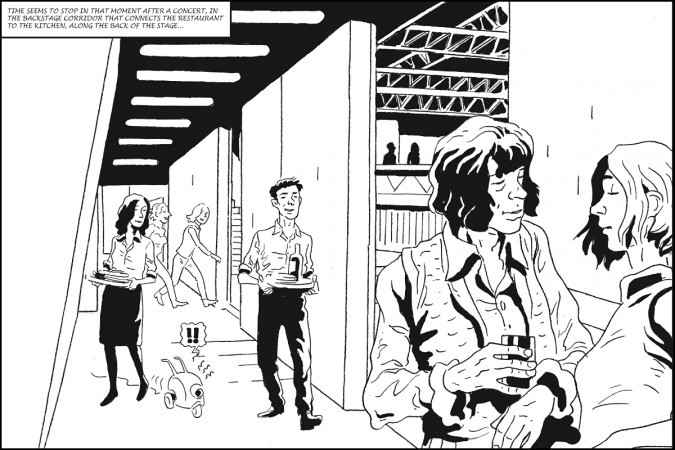 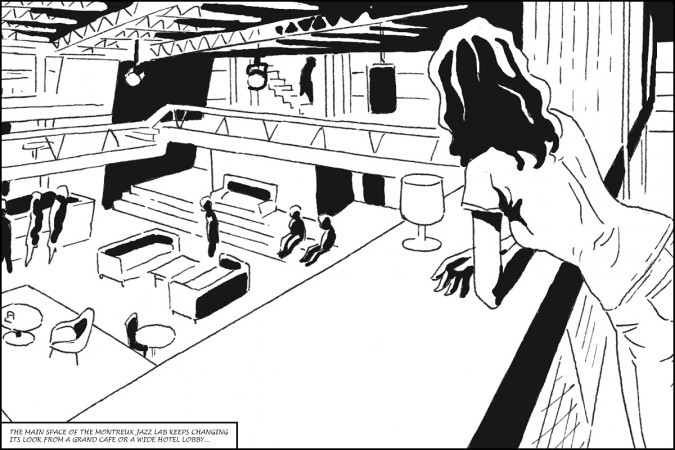 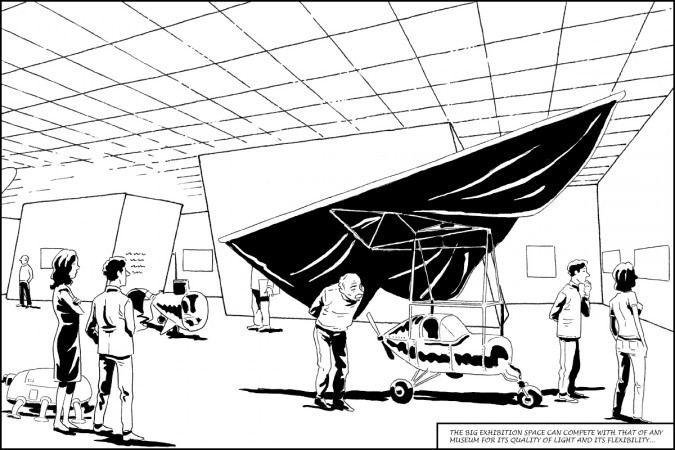 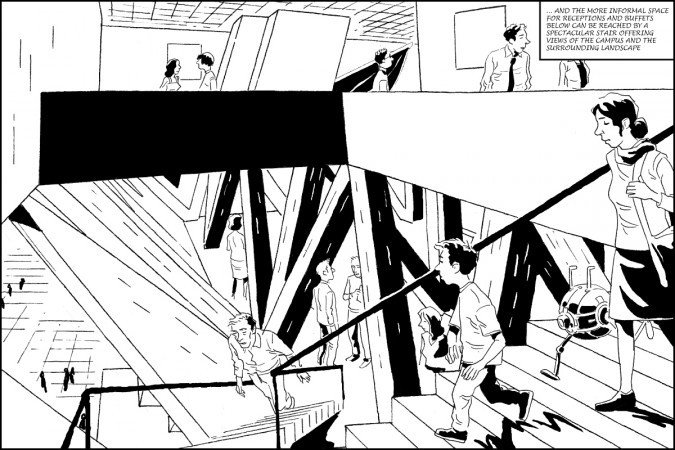 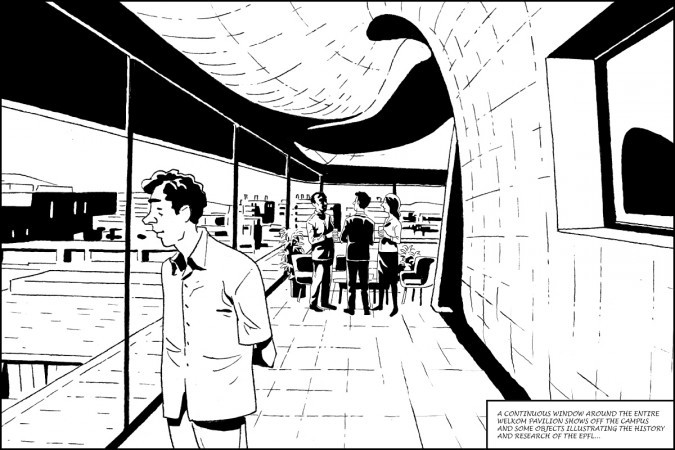 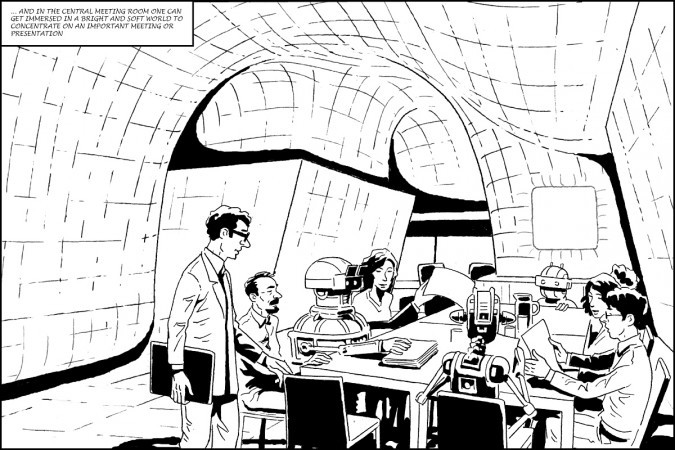 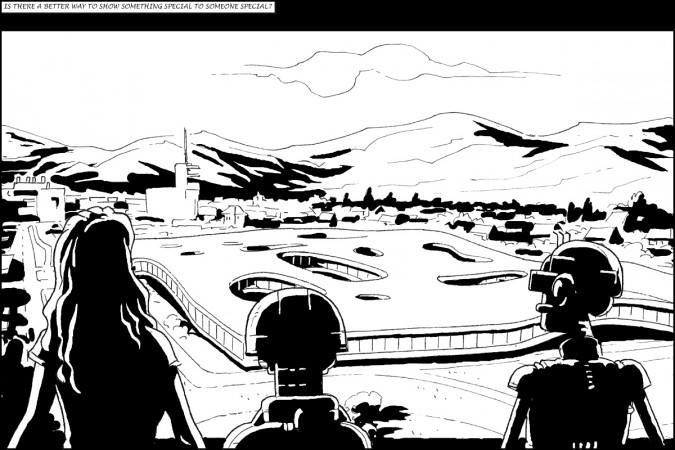 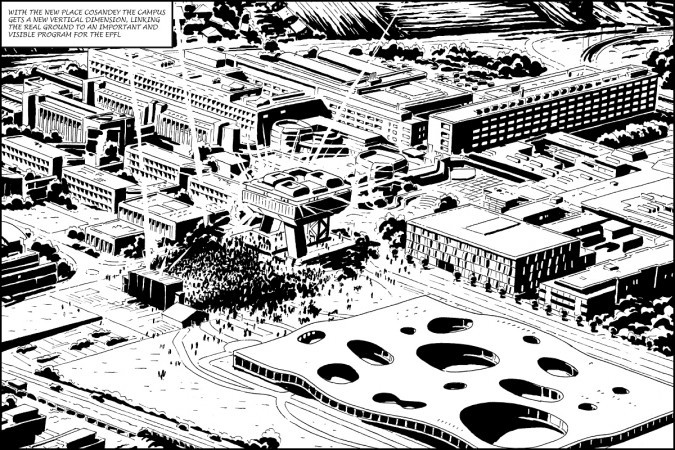 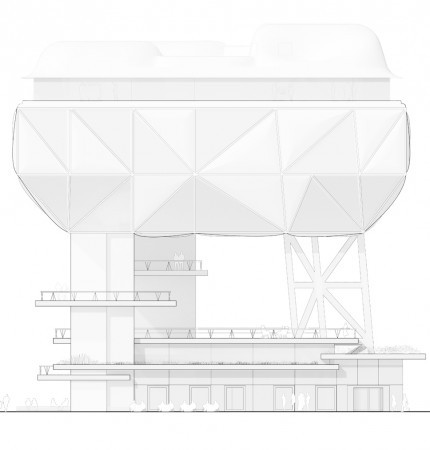 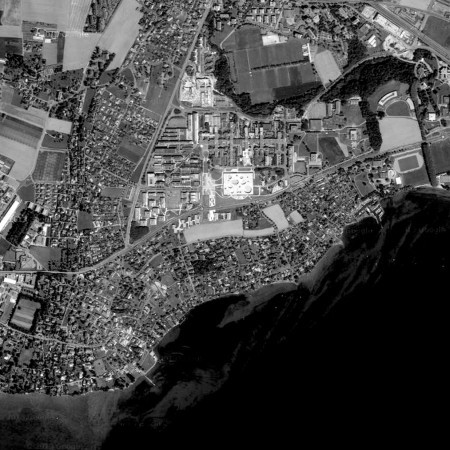 Place Cosandey - the main open space of the EPFL campus The first stage of the EPFL campus was organized by a potentially infinite spacial and functional grid. But what was meant to be a highly flexible and open scheme turned out to be highly problematic, resulting in mainly backside situations. Most of the later extensions of the EPFL sought to change this urbanistic typology by formulating an end to the endless grid. Due to the recent and ongoing efforts to infuse a sense of the ground level to the campus, place Cosandey and its surrounding grassy fields are the main open spaces at ground level at the EPFL today. Three complementary programs vertically combined into one exciting object The three pavilions, with a surface area of over 3’000 m2, or about one third of place Cosandey, have very different potentials of interaction with their surroundings. A vertical organization of the three programs not only minimizes the use of the limited campus surface, but makes use of the specific way that each pavilion interacts with the campus. Due to its size and program, the Montreux Jazz Lab has the potential to be the new hotspot of EPFL social life around the clock. The potential of the other two pavilions for interaction with the outside is quite different due to their need for security, privacy, and their frequency of use. Sound Garden - Public stages as an extension of the Montreux Jazz Lab The vertical organization of the three pavilions not only sets each pavilion up under the best conditions for its program, but also creates an additional outdoor space on the roof of the Jazz Lab. This series of vegetated platforms has a high potential for the EPFL and its visitors as a stage for experimental performances, animating and urbanizing the campus. The Montreux Jazz Lab - Sometimes a club and sometimes a grand café The Montreux Jazz Lab contains a multitude of stages for performers as well as for spectators, some inside and some out; some of them big, others small. A wide variety of layouts will allow for specific ambiance for each type of performance or event. During the majority of the week, the big central stage will be used as an elevated seating area of the “grand café.” During concerts, spatial and acoustical divisions between the central space and the surrounding areas can be established by elements of the bar as well as by a series of mobile walls. The restaurant, “Backstage,” has an entity of its own but it is linked to the Montreux Jazz Lab by a spatious “Backstage” corridor that is considered to be another stage, a junction where all the different functions of the Jazz Lab can collide. The Cultural and Artistic Pavilion The main element of this pavilion is one large exhibition space with natural, zenithal light and no structure besides the enclosing walls and the three cores. This is possible because the exhibition floor is supported by the technical floor directly beneath it. This technical floor is in many respects the opposite of the exhibition floor: it is characterized by many very visible elements of structure and technical elements. Nevertheless, there is a scenographical use of the lower supporting floor which can be integrated into a show if wished and be used to contrast the more generic aspect of the white cube. The Welkom Pavilion - Up in the air, where else? The Rolex Learning Center added not only a new program to the EPFL campus, but it came to stand as a visual symbol of the new self-understanding of the school. More precisely, it is the roof of the Rolex Learning Center that became the icon of EPFL. Creating a high point to be able to survey an area is as simple as it is efficient, but next to the Rolex Learning Center anything else seems to miss out on an obvious opportunity. To provide an unobstructed, 360o view around the pavilion, the roof is made of an über-light structural material, Fiber Reinforced Polymer (FRP). In addition to its astonishingly thinness, FRP gives a very specific architectural language to the new building.