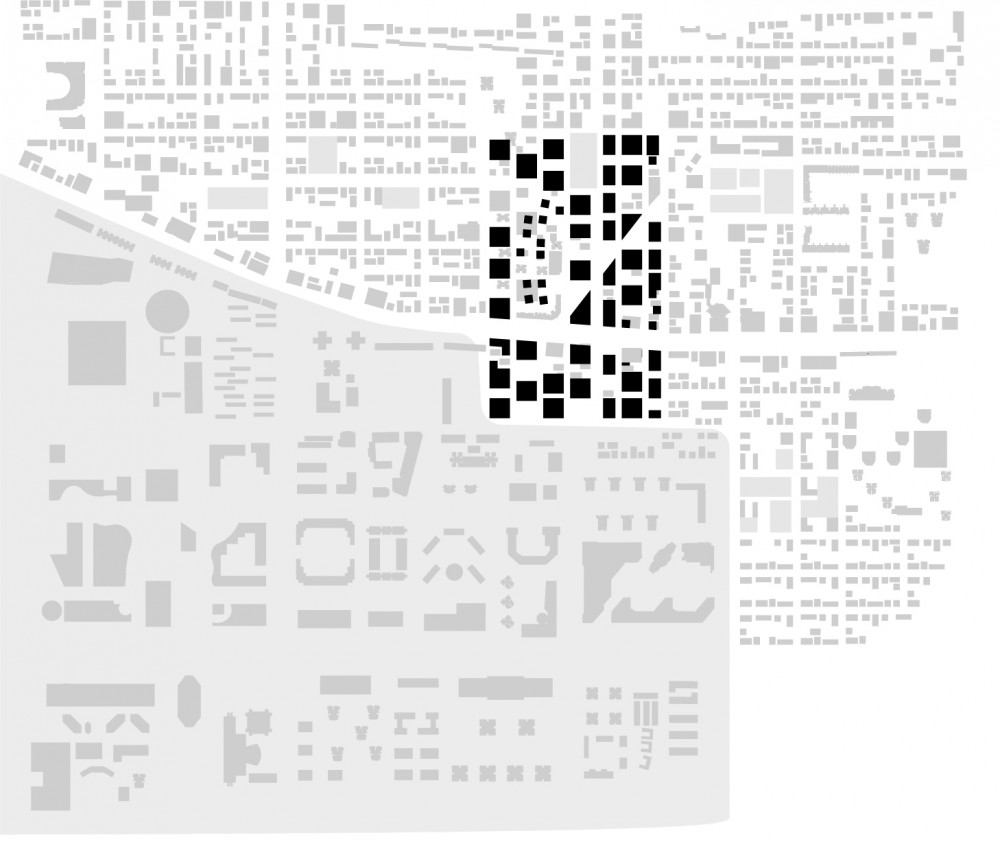 AWP was asked to team up with ADPI to define a masterplanning concept for this invite competition, whose objective is to enable the Beijing CBD  to join the small club of major worldclass ﬁnance centres, and be a major show case for contemporary China.
Values are:
– Centrality: a Ground zero is inseparable from a tightly woven grid, regularly interspersed with public spaces on which the structural framework of the city is built. The city becomes that of the street and not that of the buildings.
– Verticality, landmark and major composition: an immediately identiﬁable urban landscape. We suggest building a heart for the CBD at the point of intersection of the two major axes of the site; This heart will be expressed by the blossoming of a powerful verticality that will be palpable in the sky and yet will allow everything to breathe;
– Density and sustainability: a very dense centrality makes it possible to organise a duality between the vertical density of the heart and the medium-density urban continuity that surrounds it, the environmental performance of which will make it possible to achieve a balance.